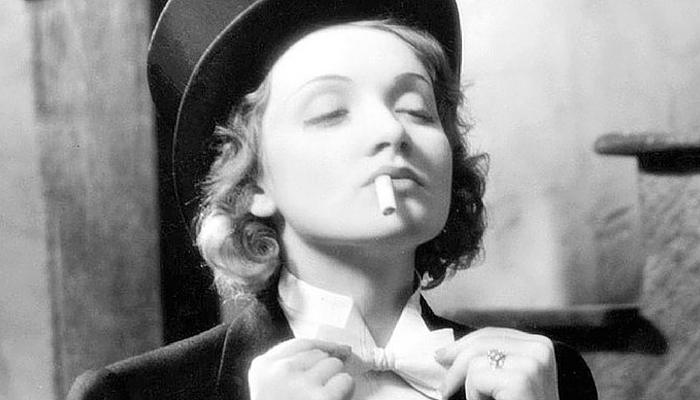 Since Marlene Dietrich’s death, she left behind a legacy of a style that was controversial and unique for the 1920s, this daring style has continued to inspire women throughout the years.

Her style even made a revival in 2013 by multi-million selling artist Madonna who copied Marlene Dietrich’s iconic style as she headed to a screening of her MDNA tour documentary.

So why has Marlene Dietrich’s style inspired so many women?

However she soon found a breakthrough in 1929 playing Lola Lola in The Blue Angel, where she played a cabaret singer who leads astray a respectable schoolmaster.

After her death on 9th May 1992 Dietrich left behind a legacy of her Androgynous film roles. She once claimed: “I dress for myself. Not for the image, not for the public, not for the fashion, not for men.”

Back in the 1930s Dietrich was one of the women who embraced the ideas of breaking gender boundaries through her fashion. Her fashion and lifestyle often raised eyebrows, sporting the androgynous style she pushed her style to places that had not yet been explored by most women in 1930s.

“Still decades away from trousers becoming accepted as a fashion item for women, it was a bold move deemed as scandalous by some.”

Nowadays bow ties are no longer associated solely with men. It is believed that when a woman wears a bow tie she is confident, and by including a bow tie to an outfit it can add elegance and is considered to be a bold statement.

Since the bold statement of Marlene Dietrich breaking the gender norms, women have started to confidently wear outfits typically associated with men including women in the public limelight who are often recognised by their vigorous glamorous and feminine style.

Further encouragement to women to be confident in masculine outfits appeared when more celebrities embraced bow ties confidently. Princess Diana, who in the 1980s, wore a white shirt and black bow tie during her visit to Italy proved that women could rock the bow tie.