Classic Style – The History Of The Bow Tie

For centuries, many stylish and classy men have been spotted wearing the bow tie. In recent years, the bow tie has become a rare sight, but those who do wear them have shown that they are not afraid to step out of their comfort zones and become fashion stars. 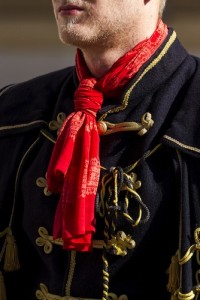 Back in 17th Century Croatia, a group of mercenaries began using neckwear that resembled a scarf to tie their collars together. This neckwear eventually earned the name cravat and was appropriated by the French Upper Class. This style spread across the world because of how influential the French were with regards to the fashion world at that time.

The cravat of Croatia eventually evolved into a bow tie and popular necktie at the beginning of the 19th Century and by mid-1880, it was the staple item in every fashion conscious man’s outfit.

At the turn of the 20th Century, the bow tie was extremely popular with academics and politicians and especially surgeons because of how easy it was to keep clear when they were performing surgery. However after the Second World War, the bow tie declined as a fashion item.

In recent years, the bow tie has become the staple item for all Black Tie outfits, but has become a pariah in the rest of the fashion world. However it is beginning to make a comeback with fashion daredevils wearing them in order to stand out from the crowd. Don’t be surprised when you start seeing bow ties being worn by both men and women in a fashionable way rather than just at cocktail or Black Tie parties.

Become a contemporary fashionista by getting custom bow ties for your organisation.