Home > The Tie Blog > Donald Trump’s Ties Are Too Long

Donald Trump’s Ties Are Too Long 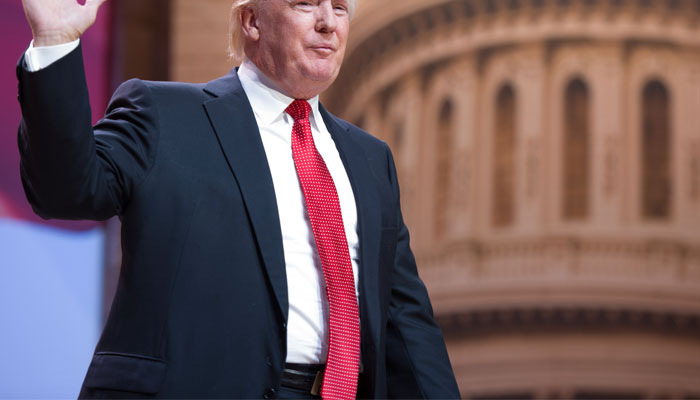 Donald Trump continually hits the headlines for his outspoken comments as tension begins to percolate in the lead up to the Presidential Election.

However, something that hasn’t been addressed is his strange taste in fashion. Donald Trump fastens his ties too low.

Trump’s tie falls below his belt, which is rather ridiculous.

It’s rare you associate Presidential nominee with a fashionable dress sense, and Trump does nothing to shake that preconception.

“He’s no worse dressed than any of the others, because they are all on par with one another. His biggest mistake (besides the tan and hair) is the length of his tie.”

“It’s ludicrous, and no one is pointing it out. It’s egregiously long. My guess is that he buys Italian ties (which often are longer because Italians like to tie up a big knot) but then he ties a regular knot — probably a half Windsor.”

But just as long ties are inexcusable, short ties are just as insufferable. It’s very important that your tie is the right length, and proportionate to your body.

Cadmus says men who are 6-foot-2 and above should purchase extra-long-length ties so they can adjust their tie appropriately on their body.

Trump is apparently 6-foot-16, but his tie length certainly isn’t reflecting that.