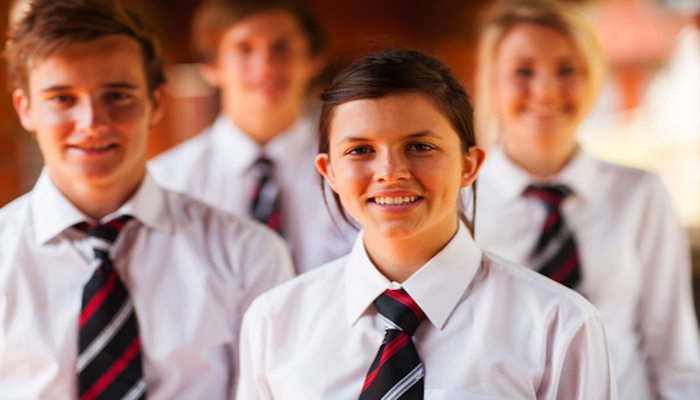 School uniforms and school ties play an important role for students and the school as a whole. Here are a  few reasons why;

In England during the late 19th Century ties started to be worn as signs of membership to a particular organisation. These were at first mainly used in military regiments, but soon extended to clubs, corporations, and most especially schools.

In fact, most schools in the United Kingdom require their students to wear matching school ties with their uniforms. Usually school ties are designed with a striped pattern that runs diagonally from left to right. However, sometimes people question if school uniforms and ties are really necessary. The answer to that is actually up to the school, but here are a few good reasons to have students wear these specially made clothing:

They actually help form a safer school environment. School uniforms actually lower the risk of students wearing inappropriate clothing that can either be suggestive or show offensive prints. Also, there’s even a sense of discipline and order that comes with having students wear school uniforms.

School ties firmly establish the student’s relationship with the school. Wherever the student goes while wearing his uniform, other people will surely recognise which school he is from. Since people are able to identify a student’s school from the tie he is wearing, the student is encouraged to behave correctly to maintain the good image of the school. Also, in case of emergencies where parents can be hard to contact, the tie can be a good giveaway to which else the people can contact to assist the student.

Aside from benefiting the student, school ties of course benefit the school. We might have noticed that during school season, we see students in their uniforms and ties even outside of their schools.

Sometimes the older children, like teenagers, tend to meet up with friends at the mall for a short while after school. This allows the ties to have considerable exposure, which does the same for the school.

The more students are seen wearing their ties, the more people are going to recognise the school due to the uniquely designed tie. In time, these ties may also help a school gain more enrolees.

Since school ties boost a student’s sense of belonging, he or she will feel more confident socialising with other students and other people as well. Moreover, Uniform ties have this ‘all in this together’ effect that allows students to bond with one another, and learn to respect each other even more.

As mentioned earlier, requiring ties and uniforms for students is completely up to the school. However, by knowing some of the benefits these pieces of clothing can provide us, it might be a good decision to actually use them.