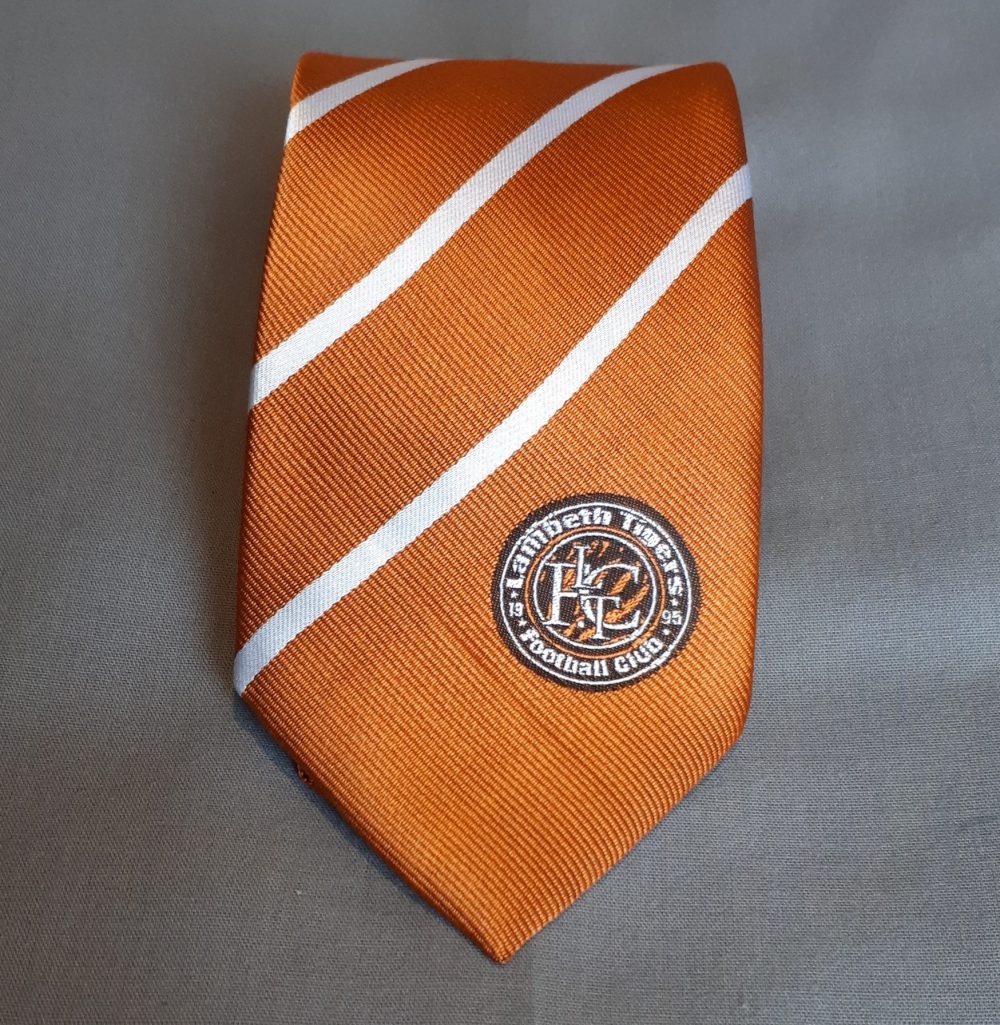 Our latest happy client is the Lambeth Tigers Football Club, who we made these colourful junior ties for.
Lambeth Tigers are a grassroots FA Charter Standard Football Club based in Brixton, South London with over 500 youth players. Working in some of the most deprived communities of London, the organisation aspires to help youngsters reach their potential by building a winning spirit through football. We are always proud to work with different sports teams and clubs, but these young players are particularly impressive.

Despite having no permanent ground or fulltime staff, the Tigers are one of London’s most successful youth clubs: last year they were the league winners in 4 age groups, and three of the age groups have been invited into the new London Youth Premier League for 2017/2018. The club has won numerous trophies and signed many players to top professional football clubs. They also have several teams participating in both the Saturday League and Nike London Youth Premier League played on Sundays where the ties will be worn.

We helped them to design these polyester woven ties which incorporate the team’s colours with a stripe design. The club logo has been embroidered onto the ties to give them a smart and unified appearance- we think you’ll agree that the finished product looks great! The team at Lambeth Tigers were also pleased with the ties, as they emailed us to say ‘We have received the ties and I must say they look amazing!’.

The club wanted to give a professional and unified look to the players who are required to wear a shirt and tie when they attend weekly matches. Having ties that represent the club is important for the image and presentation of the club, as they play some of the best clubs in and around London. This attitude of encouraging this winning spirit in everything they do has paid off, as over 100 of the boys have signed up to various levels in professional football academies.

Find out more about the Lambeth Tigers by visiting their club website, or to design your own club ties try our easy-to-use tie design tool.