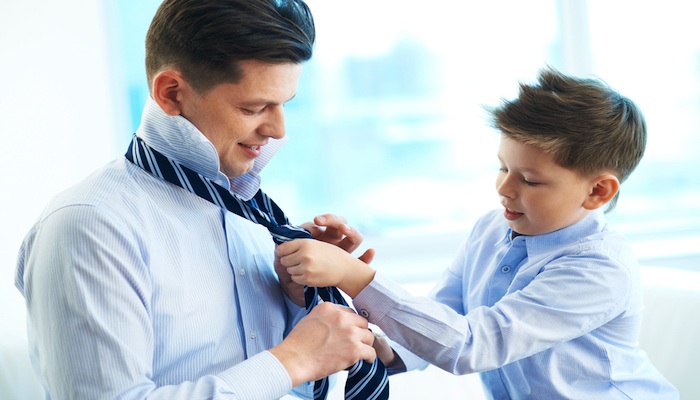 Knowing how to tie a tie is a simple act that most people learn at school or from their parents. But one young man in America didn’t know how to tie a tie and a photo has emerged on Facebook showing an elderly gentleman teaching him how.

The photo has gone viral and has been shared over 150,000 times after Redd Desmond Thomas posted it. He wrote: “The young guy sitting down struggling with his tie. The woman in the red coat noticed, and asked “do you know how to tie it properly?” The young guy said “No ma’am””.

Thomas described the caring gesture that followed as a ‘reflex response’. 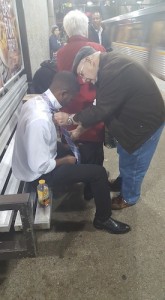 “She taps her husband and says “come to this side and teach this young man how to tie his tie”.

“The older gentleman moved without hesitation [almost a reflex response] and gave him a step-by-step tutorial. Then afterwards, the elder gentleman watched the young gentleman repeat the steps and show him that he had it.”

With the debate about whether ties are making a fashion comeback or are becoming style pariahs, this photo demonstrates that ties can unite generations that may not have otherwise communicated.

The skill of tying a tie is still an essential one that every man should know. Ties continue to be heavily embedded in our culture, whether it be for an interview, a wedding, wearing a sports tie on game day or a regimental tie for a Remembrance Day parade.

The elderly gentleman in the photo has taught this young man a skill that will continuously help him throughout his life.