The best way to prepare for a stylish 2018? Join us as we look back on three of the biggest tie fails of the year, and find out how you can avoid making the same errors.

At the Golden Globe Awards at the start of the year Ben Affleck showed us how not to wear a bow tie. This is a common error that people make when wearing a traditional bow tie; tying it too loosely for fear of it being uncomfortable if tied any tighter. Unfortunately this usually results in an unsightly gap between the bow tie and the shirt which ruins the smart look that wearers are going for. We recommend using pre-tied bow ties to avoid this problem, as you can simply pop them on and know that they will look their best throughout the evening.

2. Donald Trump’s bizarre use of tape 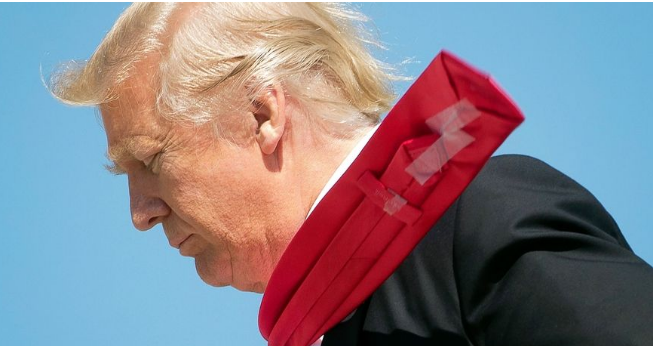 Donald Trump has been spotted several times with tape holding his ties together, but he went above and beyond in March when a gust of wind revealed three separate bits of tape were in use to hold his tie together. At this point it is fair to assume that he simply does not understand how ties work- the short end of his tie has been threaded through the tie keeper, so why he still felt the need to secure it we will never know. Our selection of tie pins and tie bars are a far better choice than tape to keep your ties in check, as they do the job whilst still looking smart. 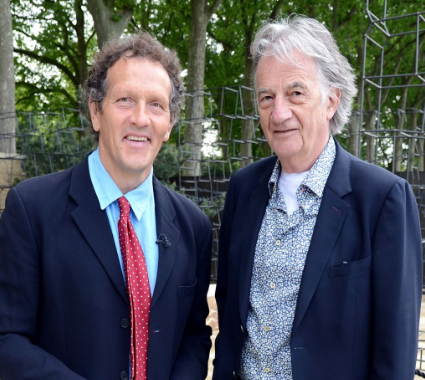 As a gardener, Monty Don is usually dressed fairly casually when he graces our screens. The RHS Chelsea Flower Show in May gave him the opportunity to dress up in this navy suit, but judging by his efforts it would seem that he is not accustomed to wearing a tie. His back-to-front too-tight knot makes an otherwise very stylish tie look scruffy. To avoid making the same mistake, check out our guide on how to tie your ties correctly, to ensure that you always look your best.